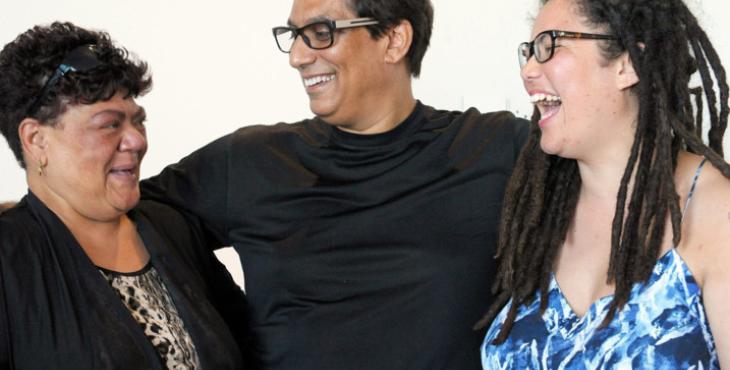 THE family of slain liberation hero Ashley Kriel says the true story of his life and death will be known after a film documenting his life received funding from Survé Philanthropies to ensure its completion and release later this year.

Survé Philanthropies yesterday announced a pledge of R75 000 required for the film, which has been in production for five years, to be completed.

The film, called Action Kommandant, tells of how Kriel became the symbol of 1980s youth resistance.

Kriel was 20 when he was killed in Athlone in 1987, a few months after he returned from military training in Angola.

Police officer Jeffrey Benzien admitted to the Truth and Reconciliation Commission (TRC) that he had shot a handcuffed Kriel in the back.

Benzien was granted amnesty in 1999.

Film-maker Nadine Cloete said the film could be released by June, coinciding with June 16 commemorations and in line with recent student movement uprisings.

“I never met Ashley but through working on this film and talking to his family and comrades, I feel a deeper sense of him which I hope is conveyed in the documentary.

“I am committed to completing it so that people know who Ashley was and how he sacrificed his young life for an ideal of freedom,” she said.

Dr Iqbal Survé, of Survé Philanthropies, and executive chairman of Sekunjalo Investment Holdings and Independent Media, said: “It is critical to tell the stories of those struggle heroes who so unselfishly gave their lives to gain a democratic South Africa. Ashley Kriel’s history needs to be known by all South Africans and this film will ensure that this is done.

“Kriel’s story will inspire young people, who will learn from those who have made the ultimate sacrifice for the freedoms that we value today. So many others have responded to the call to complete the film and that is fantastic,” he said.

Kriel’s sister, Michel Assure, broke down yesterday as she described the anguish the family felt over Kriel’s murder.

“They killed Ashley and I know it because I was there. When I went to the house, I could see, they brutally tortured and maimed him. He was still my little brother, for me he was still a little boy,” she said.

Assure said there were times she felt like taking the law into her own hands and harming Benzien.

“I had many sleepless nights. I wanted to kill him because how could he take my brother. I went to the extent where I went to a telephone directory and I found him, I found his address,” she said.

“It’s important that this movie will be able to give the youth insight into our political history, though not just on the story of Ashley Kriel; there are so many other unsung heroes.”