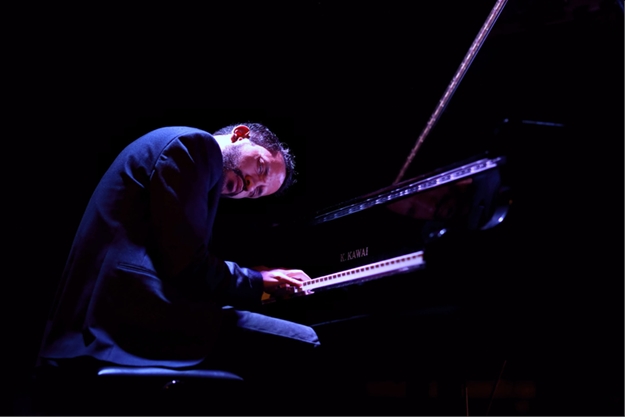 Written by MARTIN MYERS for Bizzcommunity

Kyle Shepherd is arguably one of South Africa’s leading progressive pianists, composers and bandleaders of his generation.
Internationally recognised for his distinctive compositional style and performances, Shepherd has made a huge impression, as a film score composer for the critically-acclaimed film, Noem My Skollie / Call Me Thief – South Africa’s official entry to the 2017 Academy Awards – for which he has earned a nomination for the 2017 South African Film & Television Award [SAFTA] for best achievement in an original music score in a feature film.

When are you happiest?

When I’m making music either live or composing in the studio.

What does music mean to you?

Have you experienced any funny moments on stage?

Two years ago, we were playing in a small jazz club in Cape Town when halfway through a tune, a big beer glass just exploded in the bar. Needless to say, the band was definitely playing too loud.

What is your most treasured possession?

My daughter. Although she isn’t my possession, or maybe she is till 18? Or make that 21… hahaha. I do own a beautiful Steinway and Sons Model S grand piano that I’m quite fond of too.

It’s your round, what are you drinking?

I take a double whiskey dry.

What would be your dream gig to do?

That’s also difficult to say. In my jazz career I’ve toured to 18 countries around the world and played in some of the most prestigious venues and some of the best festivals including Carnegie Hall (New York), The Tokyo Jazz Festival (Japan), Montreal Jazz Festival (Canada) Stadschouwberg (Amsterdam) to name a few.

Now that my focus is on writing music for films, I would say that my dream gig is to score any films by my favorite director Denis Villeneuve (Sicario, Arrival, Blade Runner 2049).

If you were not a musician, what would you do?

Pick five words to describe yourself?

What is your favorite word?

Crepuscule… Actually, it’s a swear word, but I won’t go there.

Give us some real proper slang and what it means:

That “cat is bad” man, in jazz means that person is a great player. Ha-ha.

What do you complain about most often?

When there’s not enough work, although, for the last few years I’ve pretty much been working non-stop. Sometimes the complaining is therapeutic. Ha-ha.

What is your fear?

Watch out for a series of performances from Shepard at the Baxter Theatre in December on the Jonathan Rubain show Cape Jazz is Lekka from 13 December 2017.