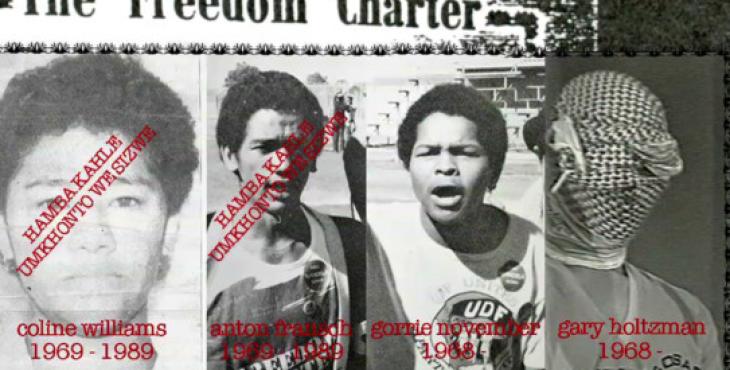 SOURCING documentaries for this year’s Encounters Film Festival, new festival director Darryl Els was encouraged by people saying to him: “You should really watch this. It’s an Encounters film.”

He really liked that there was this buy-in; this idea that creative and innovative documentaries were meant for their platform.

Introducing some of the new films which will be screened this year, Els also spoke about the new direction the festival will take.

“Social media have done much for publicity and access around films, but there is still something about a collective setting,” Els said about the role of the festival which takes place from June 2 to 12 at the Labia in Cape Town and the Bioscope in Joburg.

While he still sees the festival’s role as a platform for innovative non-fiction filmmakers to showcase their work, he said they would also be announcing partnerships around the production and development of new works as well as new ways of viewing documentaries in future.

Els also sees the need to expand into other media such as augmented and virtual realities or podcasts to reach non-traditional and previously untapped audiences .

To that end, the festival will host Virtual Encounters: A Virtual Reality & Interactive Documentary Exhibition. This platform for creative multi-platform non-fiction storytelling will be curated by Ingrid Kopp of the Tribeca Film Institute.

In partnership with the British Council, this year’s Encounters will host Darkstar, a British electronic music duo who documented young people’s frustrations and dreams in their home town, Huddersfield, England on their third album, Foam Island.

The electronic-pop documentary incorporates audio samples of interviews into the music and the hope is that it will speak directly to the politics of disaffected South African youth.

The festival and band are working out a way to start a similar project in South Africa around the time of the Festival.

Els introduced some of the films which will be screened at this year’s festival:

This documentary, despite being unfinished, has been making real-world waves as there is an online petition to have Kriel’s case re-opened by the Hawks. Alison: Uga Carlini’s hybrid feature documentary on Alison Botha is an emotional story of triumph and survival and uses “fairy tale” aesthetic for a poetic insight into overcoming trauma.

Walking in My Shoes: Directors Lauren Groenewald and Andy Spitz explore the South African education system in a hard-hitting, timely call to action.

Maya Angelou and Still I Rise: This biographic documentary on the late US poet is unusual in that directors Rita Coburn Whack and Bob Hercules have filmed it as a first-person feature, with Angelou telling her own story.

Requiem for an American Dream: Said to be his last full-length interview, intellectual Noam Chomsky, gives a thought-provoking account of global inequality.

See www.encounters.co.za for further info on programming and scheduling.