Ashley Kriel film to debut at US fest 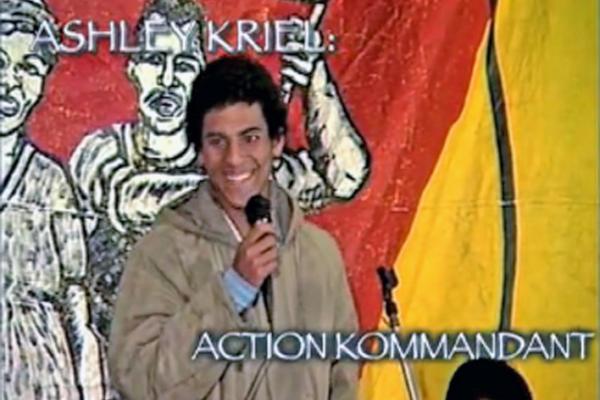 Cape Town – Twenty-nine years ago Ashely Kriel was killed by apartheid police, and now a documentary by a local filmmaker hopes to bring back the memory of the young fighter.

Nadine Cloete directed the film, Action Komandant, that will be making its international debut at the Seattle International Film Festival later this month.

Kriel was killed by apartheid police in 1987 and although details of his death remain sketchy, Jeffrey Benzien, a policeman at the time, was absconded for his involvement in the killing by the Truth and Reconciliation Commission.

Cloete said she became intrigued by Kriel when she saw archive footage of him addressing crowds in Bonteheuwel and said she was so taken aback by the footage she knew she had to do the project.

“That was the first time I saw him. I had always heard the name but I never saw him and after that I really wanted to tell his story.”

Cloete said she, like many others, knew the name as that of a freedom fighter and because of that wanted to tell a more intimate story of Kriel.

Building trust and convincing people to share their stories of Kriel was not an easy task and “it was quite difficult and one of those where research never ends”, she said.

“The more I worked on it, the more I learnt about his life. He became more than and icon and I am really excited to see how audiences will respond to it, and I am hoping a lot of young people will go and see it.”

Cloete’s next hurdle is garnering support for people to go and see the film in Seattle when it shows on May 27.

Kriel’s sister, Michelle Assure, said they were not sure if they would be able to go to the US, but said the family supports the film.

She said they shared stories of how she grew up with her brother and shared that at times she still gets emotional when she shares details about him.

“We told of how we grew up and the really precious moments that we treasure so much. We are a very close-knit family and he was our only brother, we really miss him. He is like a missing part of us.”

Assure said her brother was a caring person and said they hope the film would inspire the youth.

She added that she also hopes a new investigation into her brother’s murder would finally bring justice.

“It has been a whole roller coaster of emotions.

“The initial death inquest was still under the apartheid regime and that was a very disappointing experience, because we were told that he acted in the line of duty and that it was accidental, which we were not satisfied with.

“Then the TRC hearings were like a replica of the death inquest. So we are hoping the third time round there will be light at the end of the tunnel.”