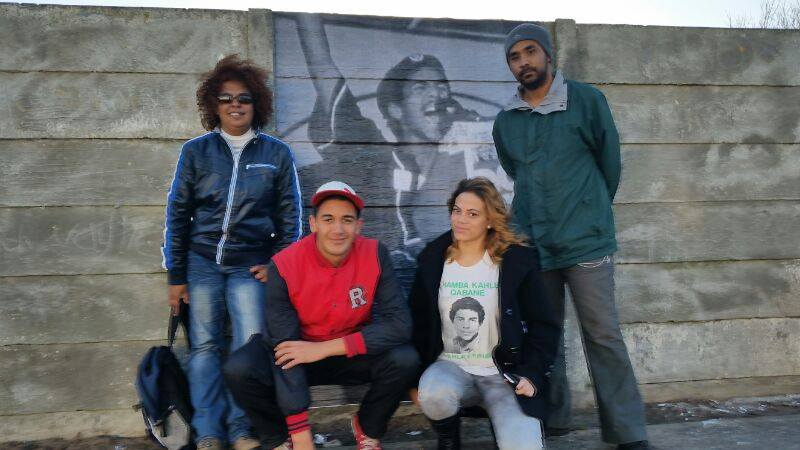 When filmmaker, Nadine Cloete, announced a few weeks ago that the documentary film on the life and death of Ashley Kriel was nearing completion it sparked widespread public interest. Within days of launching a public crowd funding campaign media owner and philanthropist Dr Iqbal Survé announced that he would assist in the funding and in so doing contribute to the finalization of the documentary project.

The documentary tells the story of the young revolutionary, a resident of Bonteheuwel and an Umkhonto we Sizwe (MK) guerrilla who was killed at the hands of apartheid security police.

We asked Nadine to tell us about her experience of making this documentary and here are her words:

AKYLDP: What have you learned that others might not know about telling stories of struggle particularly that of Ashley Kriel and the broader Bonteheuwel community?

NC: I think some people only know in theory about the hurt and anger that our people still carry because of our past. Doing the Ashley Kriel documentary I got to experience this on another level. People say ‘we must get over it’ but how can we ‘get over’ something that we don’t even know the truth about?

AKYLDP: Why did you get involved in this project?

NC: I was interested in the project after seeing the Jimi Matthews archive footage of Ashley. I was drawn in by his passion and charisma. I had heard the name a few times growing up (my dad was a history teacher), but I didn’t know anything beyond the name. I think seeing the archive footage stirred something within me and I wanted to know more about this person.

AKYLDP: Why did you choose film as a technique to tell the story of Ashley Kriel?

NC: Film is of course a visual medium and because of this it’s one of the best ways to break stereotypes. You can see who Ashley was. You can see who his family and comrades are. You see these are not ill educated, drug addicts or gangsters – how we are often portrayed. Also with film you can communicate multi-layered emotions. I also think film is an easier medium to distribute.

AKYLDP: I am sure when you look back there were many ups and downs. What was the happiest moment of this entire process for you? (and why)

NC: One of the happiest moments was probably right in the beginning when one of Ashley’s comrades told me that she is happy its ‘one of our people doing the story’. It was really encouraging to hear this. Usually major production companies do this or white producers. I felt proud as a young black woman to be able to tell the story of a hero I can immediately identify with. So hearing that meant a lot to me. Also, of course, when the National Film and Video Foundation agreed to fund the archives. That was a huge relief.

AKYLDP: Where did you come from to get here and where do you return to once you’ve finished?

NC: Before I started with the interviews I of course was very naive as to what this would entail. Not just in terms of what it means to produce a documentary of this scale and nature but also the emotional side of things. In a sense the naivety was a good thing. It allowed me to just get in there with no doubt. As I became more entrenched in the story, things became more difficult for me to deal with. But not just me of course. I don’t think was easy for anyone who I interviewed to sit back and recall their time with Ashley. It was really great working with editor Khalid Shamis on this. He really understood the subject matter and helped shape a really powerful narrative.

I don’t think there’s a certain space I would ‘return to’. I mean, I was 24/25 years old when I started the project and now I’m turning 30!! So I guess I continue to grow and just feel blessed to carry this experience with me onto the next stage of life.

AKYLDP: Any words of wisdom for other young people who are interested in following in your footsteps?

NC: People will always advise but you really have to be confident in your own way of doing things. It is really important to have mentors and to surround yourself with people who are honest, even to the point of brutal honesty! One of my mentors is filmmaker Zulfah Otto-Sallies. Her honesty helps me grow. Follow your own instinct always. In terms of film – perseverance is key!