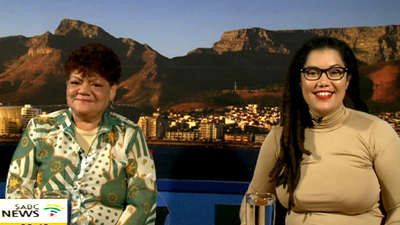 July 9 this year marks 29 years of South Africa’s anti-apartheid Freedom Fighter, Ashley Kriel’s death. Kriel was 20 years old when he was murdered in Cape Town in 1987.

His life has been documented in the documentary, titled “Action Kommandt: The Untold Story of the Revolutionary Fighter Ashley Kriel”.

Speaking on Morning Live, film producer Nadine Cloete says in early 2005 she saw footage of Kriel and how charismatic he was and that made her want to learn more and tell his story.

She says: “Making the documentary was not easy because of the continuous research and funding issues. It eventually took me six years to finish it.”

The documentary is currently being screened to sold out audiences at the Encounters South African International Documentary Film Festival and will also have a youth month screening on the 15th June in Bonteheuwel, Western Cape.

Meanwhile, Kriel’s sister Michel Assure says the family is grateful that Ashley’s life on the youth struggles in the country is being told.

For more watch below