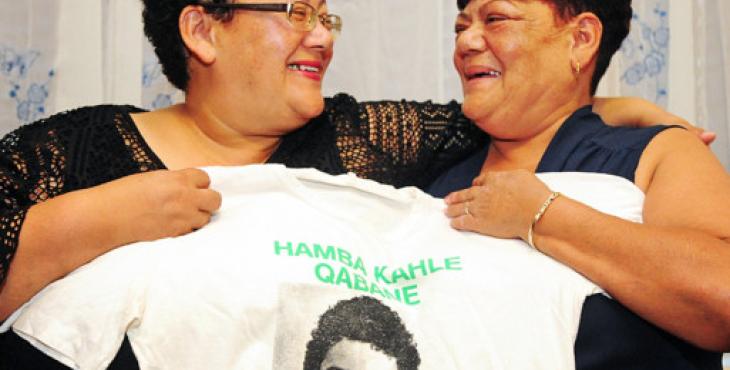 Cape Town – Ashley Kriel’s family shed tears of joy when they were informed that the Hawks were reopening the investigation into the young uMkhonto we Sizwe guerrilla’s death, after evidence strongly suggesting he was murdered came to light.

Brigadier Hangwani Mulaudzi said there was a possibility that Jeffrey Benzien, the police captain who was granted amnesty for Kriel’s death by the Truth and Reconciliation Commission (TRC) in the 1990s, could be charged with murder, pending the outcome of investigations.

“The family complained about the outcome of amnesty at the TRC and made representations as such to the National Prosecuting Authority (NPA).

“We have to find the original docket and go through it, check if there are any other issues and ask whether there is a case,” Mulaudzi said.

Security police officers had told the TRC that Kriel was shot while resisting arrest.

During the course of the arrest, Kriel was said to have produced a .22 pistol.

Benzien told the TRC he had tried to take the gun away from Kriel. A scuffle ensued, during which Kriel’s own pistol went off and he was shot in the back.

Earlier this month, forensic investigator David Klatzow concluded that the young Struggle hero was murdered by security police who fabricated a story to the TRC to cover up their involvement in Kriel’s death.

Klatzow said Kriel was shot from behind, “from a distance”, while his wrists were handcuffed behind his back.

The Hawks investigation began on Monday. Investigating officer Captain Ali Mosegela jetted in from Pretoria to head up the case in Cape Town.

Kriel’s sister, Michel Assure said news of the investigation came as welcome relief because the family had twice been denied closure – first by the police inquiry into her brother’s death at the time, and then by the TRC which granted amnesty to Benzien.

“We have always been saying that Ashley’s death was murder from day one, from the day that the police informed us he had been shot by ‘accident’.

“Since the day I went to the crime scene, I knew my brother was killed.

“They had threatened to ‘skiet hom plat soos ’n haas’ (shoot him flat like a rabbit), when they were looking for him and ransacking our home,” she said.

She said when she had arrived at the scene of his death, the walls were covered with blood splatters.

She said she saw a trail of blood on the kitchen floor and saw a blood-soaked towel amid a pile of clothes nearby.

“It looked like he was badly wounded and he tried to push the towel in the gash to stop the bleeding,” she said.

NPA national spokesman Luvuyo Mfaku said the prosecuting authority had requested the Hawks to locate the docket after receiving presentations from the family.

Last month, NPA announced it would prosecute four men linked to the kidnapping and death of ANC operative Nokuthula Simelane.

Mfaku said three of the four men had applied for amnesty for Simelane’s kidnapping, but not for murder.

Simelane was last seen in the custody of the Soweto Special Branch in 1983 before she disappeared.